What Retired People Wish They Would Have Done While They Worked

Not long ago, I meet with a group of retired women.  Some were thriving with their new freedom, others were struggling with identity loss, and a few were dealing with medical issues.

Many of the women shared that they were so consumed by their work that they neglected to maintain and create friendships. Those were the lost and lonely ones.  Another woman was recovering from her cancer treatments and was now practicing yoga daily. She told me she wished she would have discovered yoga while she was working in her high-stress position and felt that it would have prevented her illness.

The women that were thriving had a few things in common. They had identified more with their families than their corporate roles. They tended to their friendships throughout their career, and they maintained a fitness program and were now enjoying active travel. One of those women summed it up beautifully when she said, “If you want to know what your life is going to be like at 70, look at how you are living it today.” 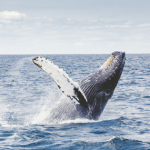 How I Set My Pace TodayInspirational, Purposeful Living 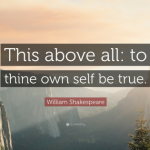