The Meaning of Love

A boy liked a girl in grade school. He teased her, she ignored him, and thus he teased her more. Love, she thought, was annoying.

In high school, the boy grew taller. Secretly, the girl found him attractive and amusing. Somehow knowing this, the boy began to write her notes. On Valentine’s day, he sent her a card. I know there are 439 guys you want to date before me, but I will wait. Let me know if you need anybody’s number. The girl smiled. Love, she thought, was patient and kind.

Ten years later, the man and the woman married and started a family. On Valentine’s day the children were sick, the man was tired and he gave the woman a card. I have no gift, there is barf on this pen, and I have never loved you more. The woman smiled. Love, she thought, was devotion and endurance.

Twenty years later, the man and the woman separated. It was clear for both that life was taking them on different paths. The divorce was sad but not unpleasant. On Valentine’s day, the man wrote the woman a note.  Love never ends. It just sometimes moves to another town. The woman cried. Love, she thought, was graciously letting go.

Many years later, the man and the woman went on a date to a family event. They laughed and sang, and continued a dance that started in grade school. After the date, the boy texted the girl a note. The torch I hold for you is now old, but it can still be seen from outer space. The girl smiled. Love, she thought, is Joy. 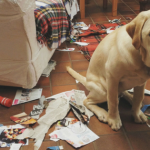 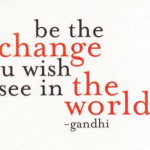 Move Away from the ShadowInspirational, Professional Development, Women Leaders