Move Away from the Shadow

I have enjoyed watching two previous clients receive big promotions this quarter. The announcements came within a few weeks of each other, and what I found most interesting was how similar their stories were.  Although they were in different companies, they were both highly creative women, who worked in the shadows of their male boss’s.

When I first began to work with them, they were seen as an appendage to their leader. Although each woman had a great relationship with her boss, and they teamed together on most projects, the credit for their success was attributed to the men. Neither party realized how many people felt the women were redundant to their male leaders until it was revealed through company-wide feedback. That lit a fire.

The men stepped aside and the women became more assertive. They walked into meetings with intentions and sat on the opposite side of the room from their leaders. They spoke up more frequently, and initiated conversations with key clients and industry leaders that expressed not just their functional expertise – but their business acumen. In each case, their boss was happy to give them the space and exposure and the women thrived in the extended sunlight.

Sometimes we don’t recognize the shadows we are under or the ones that we cast. Change begins with awareness. 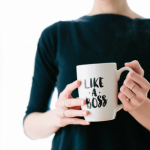 You Are the Bigger NameProfessional Development, Self-Development 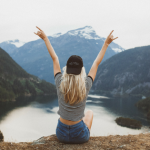